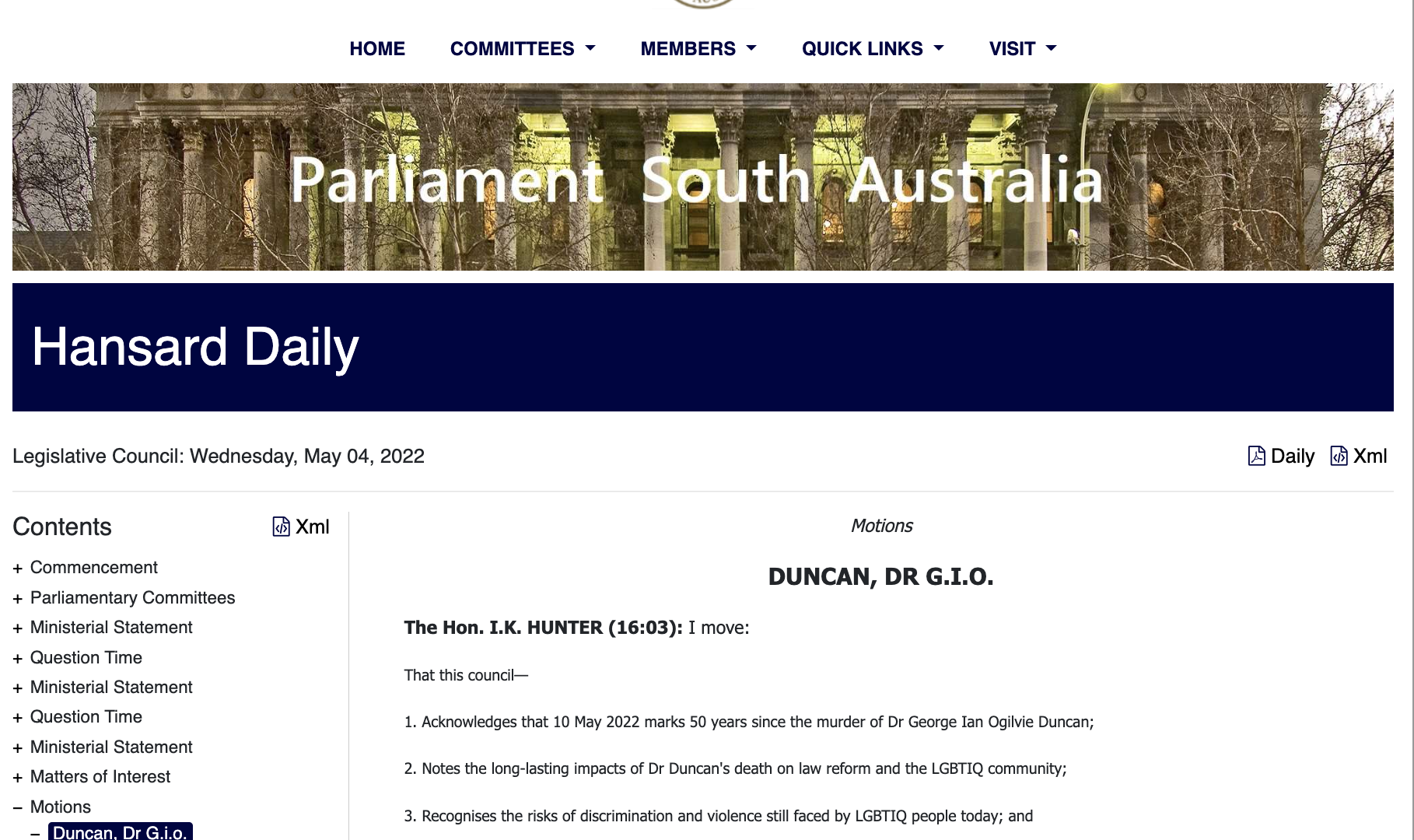 A motion has been introduced into SA Parliament to mark the 50th anniversary of the murder of Dr George Ian Ogilvie Duncan.

Dr Duncan was thrown into the River Torrens by a group of men believed to be police officers.

His death was the trigger for homosexual law reform which led to South Australia becoming the first Australian state to decriminalise homosexuality.

The debate has been adjourned on motion of Hon. Robert Simms MLC (Greens). 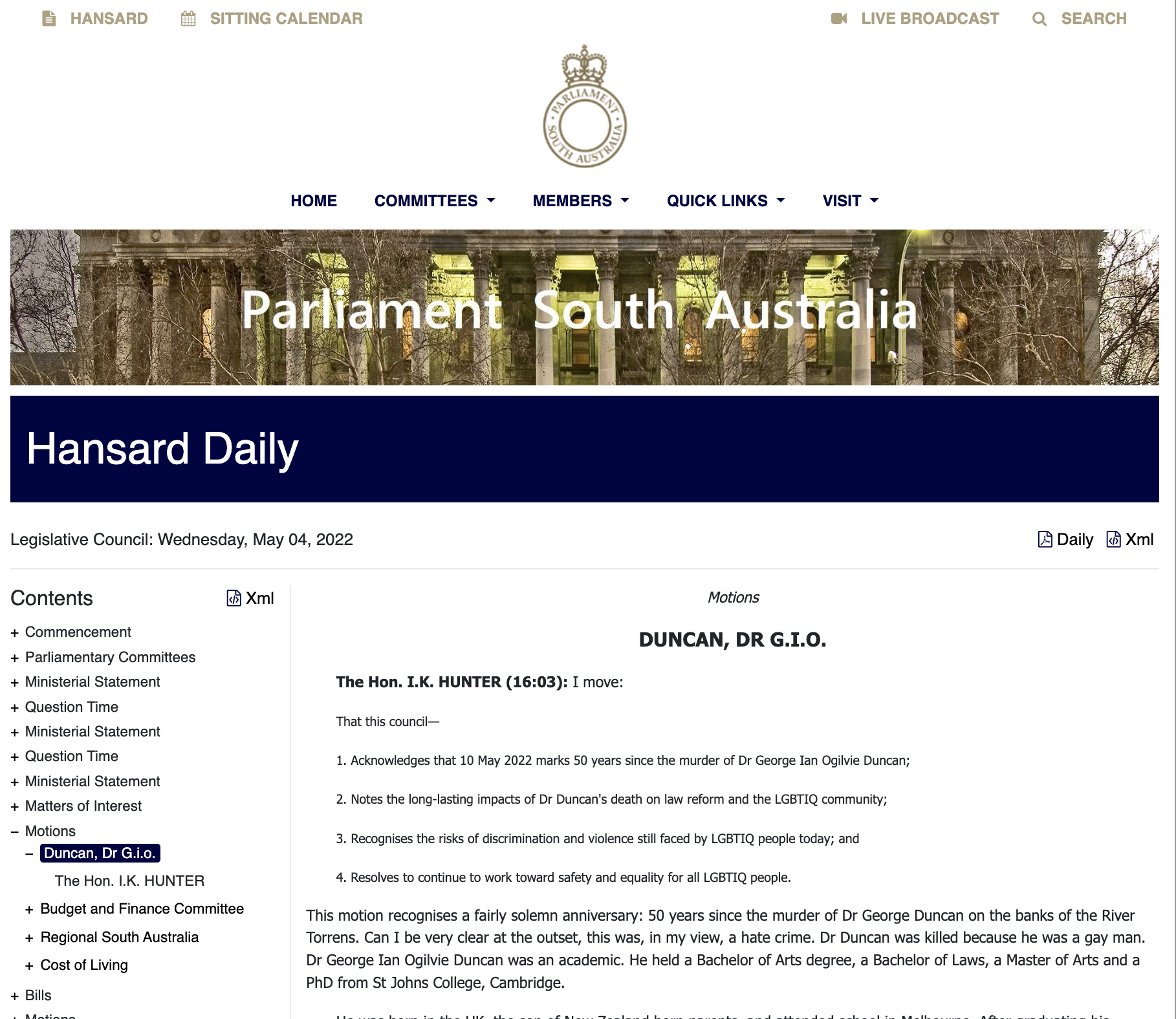