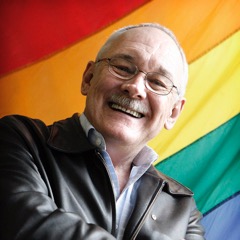 Ian Purcell AM was a founding member of SARAA and a prominent advocate for the LGBTIQA+ community in SA, known as the ‘Godfather of the Gay Community’. He dedicated his life to fight discimination against the LGBTIQ community.

The Ian Purcell Oration provides a platform for respected members of South Australia’s LGBTIQA+ community to talk about issues close to their heart and of importance to the LGBTIQA+ community. The Orations will also have a special function of helping us to remember our communities history.

In 2017 Aud created and performed a TEDX talk “Toilets, Bow-ties, Gender and me” about their experience of gender, which has since garnered over one million views. They were the 2018 Winner of Spoken Word SA’s inaugural Youth Slam Rumble and have appeared in several award-winning films and TV shows, including ‘F*cking Adelaide’, ‘52 Tuesdays’, ‘A Field Guide to Being a 12 Year Old Girl’, ‘Rapture’ and ‘Right Here’. Aud has been a consultant and speaker on Channel Nine’s Cultural Conversations series – The Evolution of Gender, a peer facilitator on Carclew Youth Arts’ Project ‘Carclew Futures’, and opened the DreamBig Children’s Festival, and the MOD museum’s ‘It’s Complicated’ exhibition. They also work as a youth activist in the Adelaide School Strike 4 Climate group, organising major strikes for climate action.

Check out photos from the night and watch Aud’s incredible Oration below. 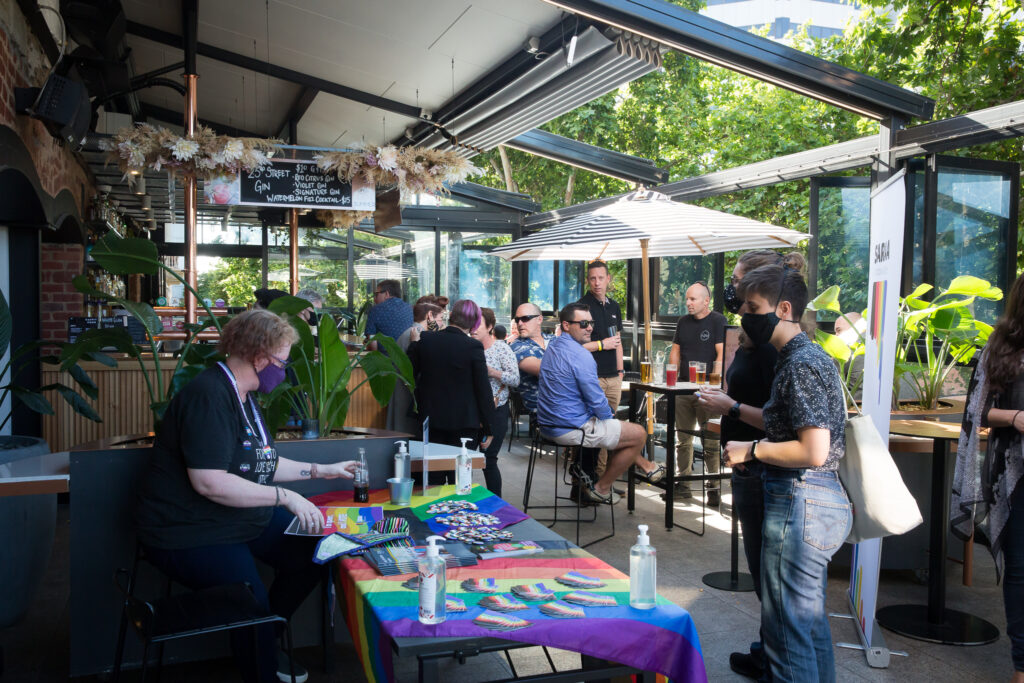 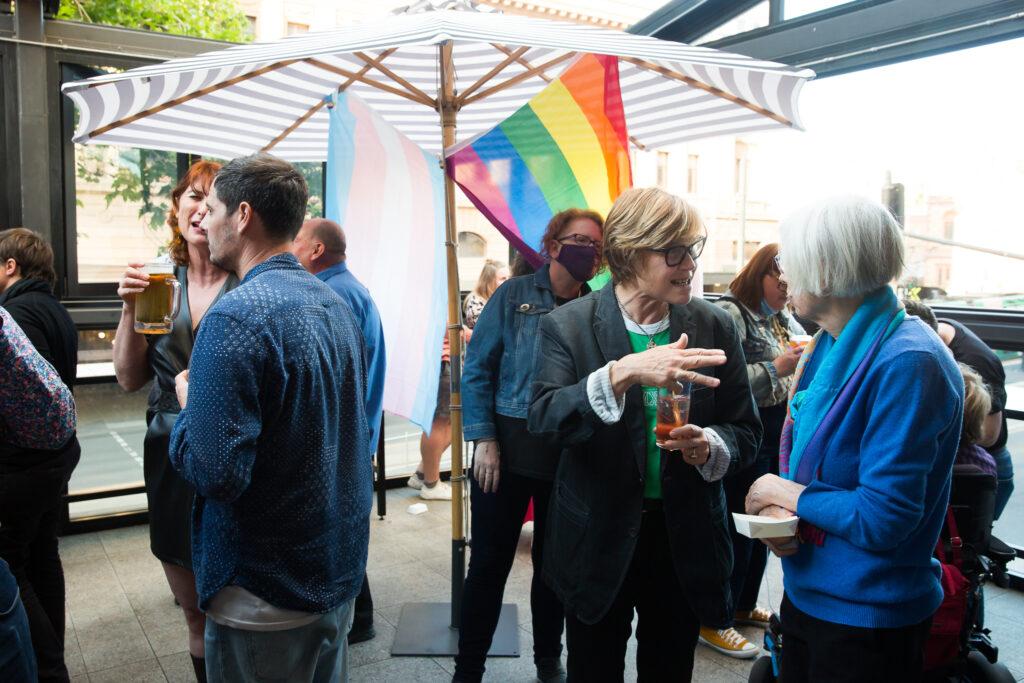 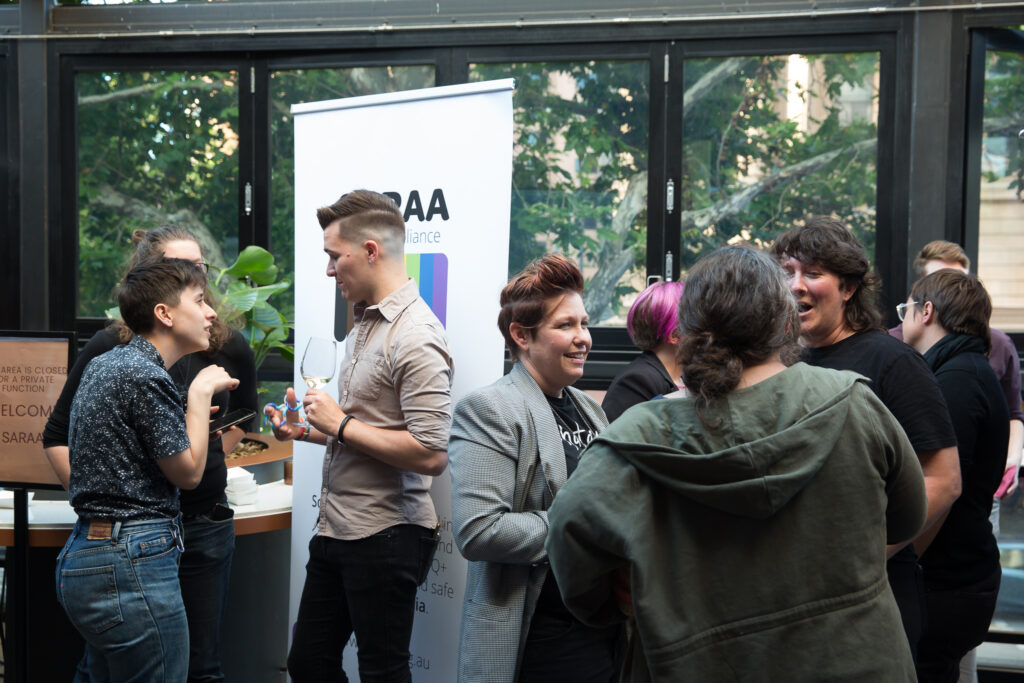 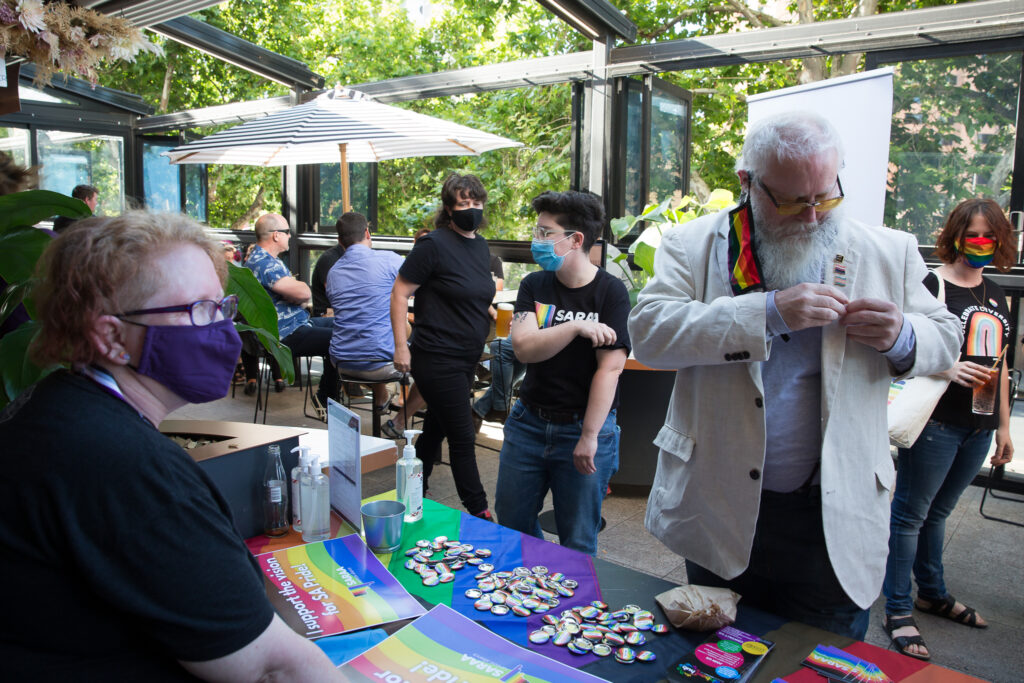 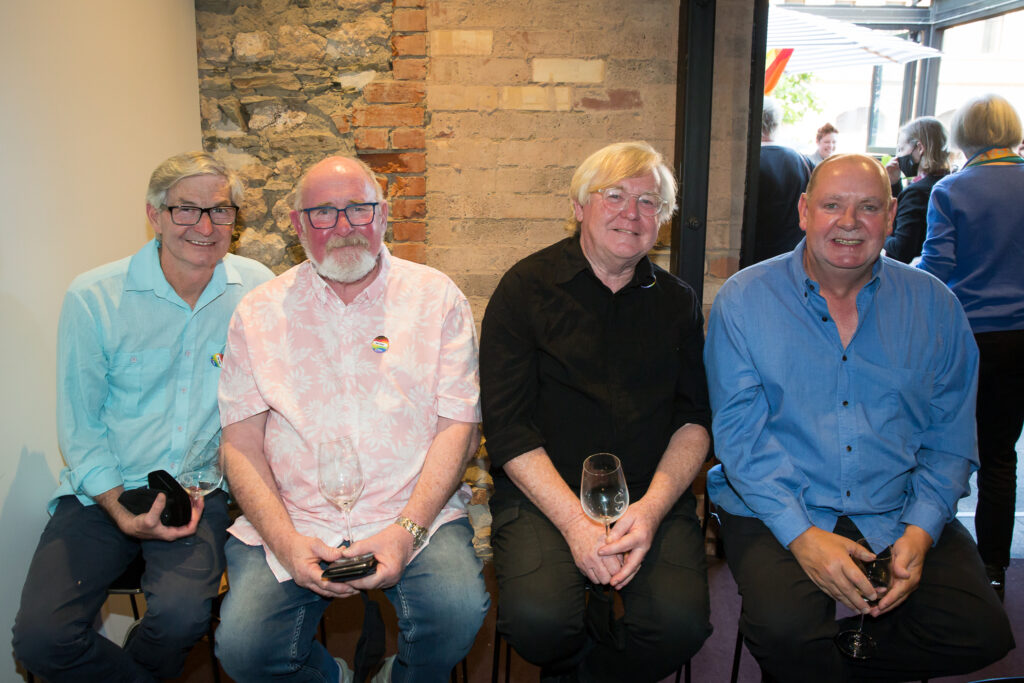 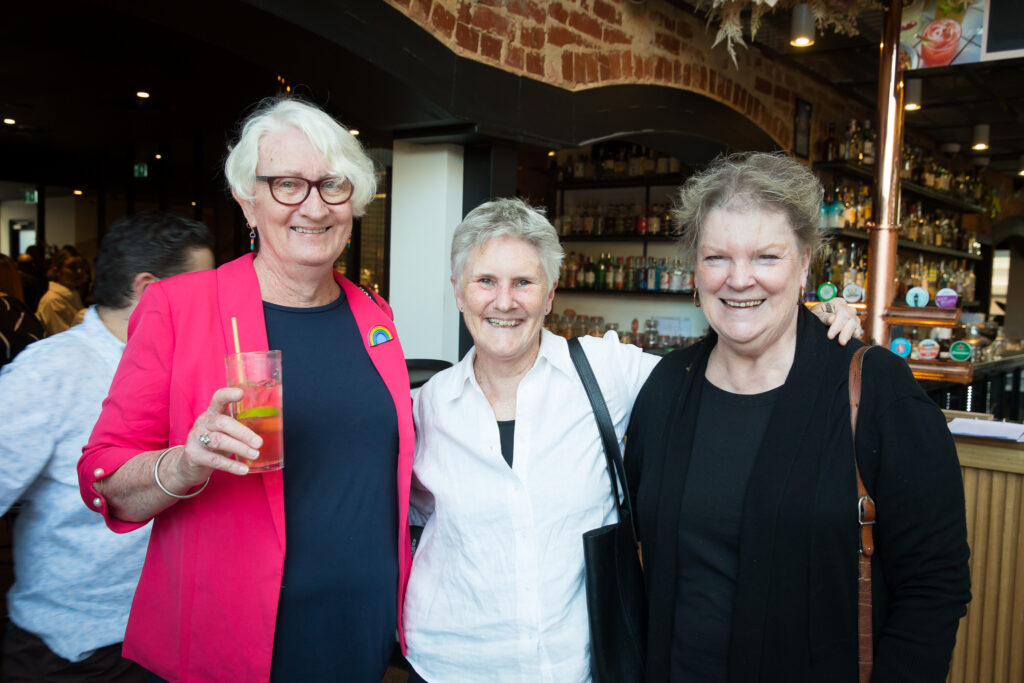 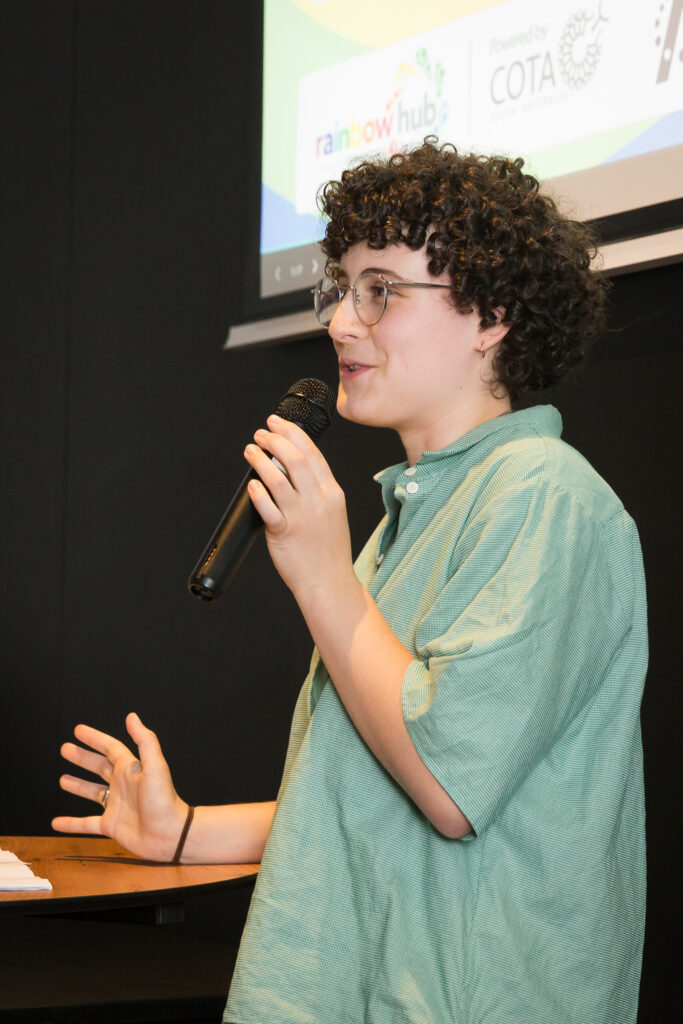 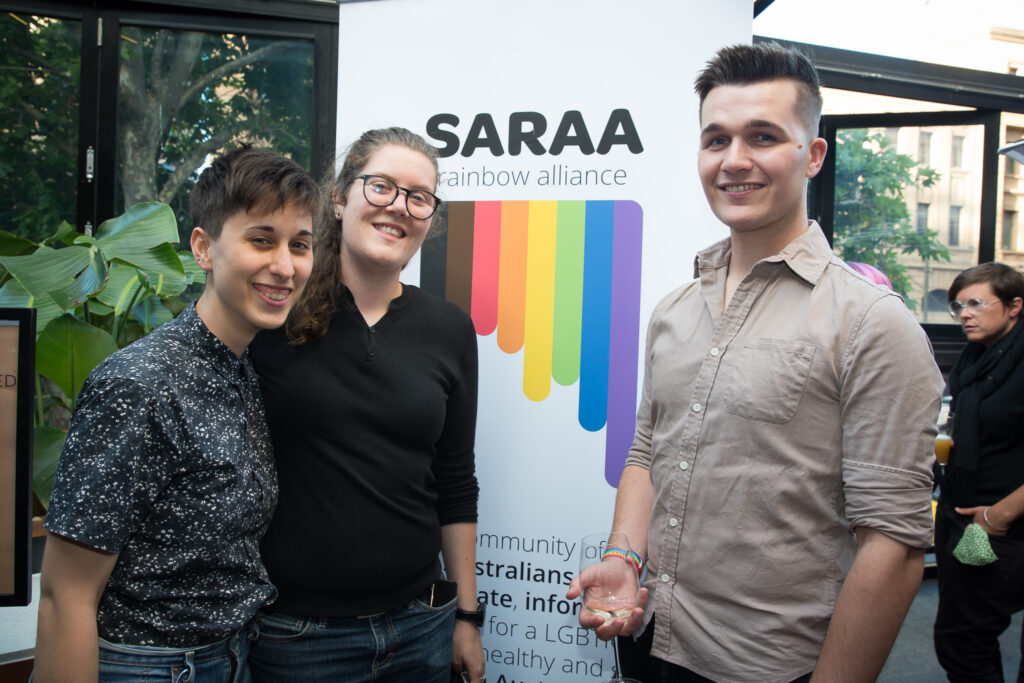 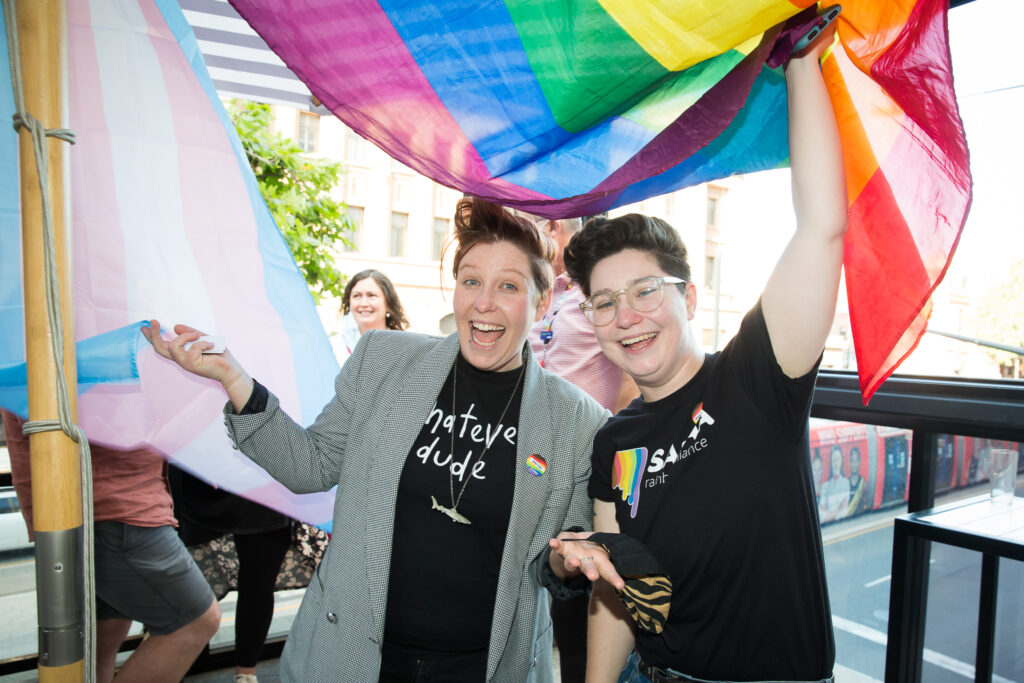 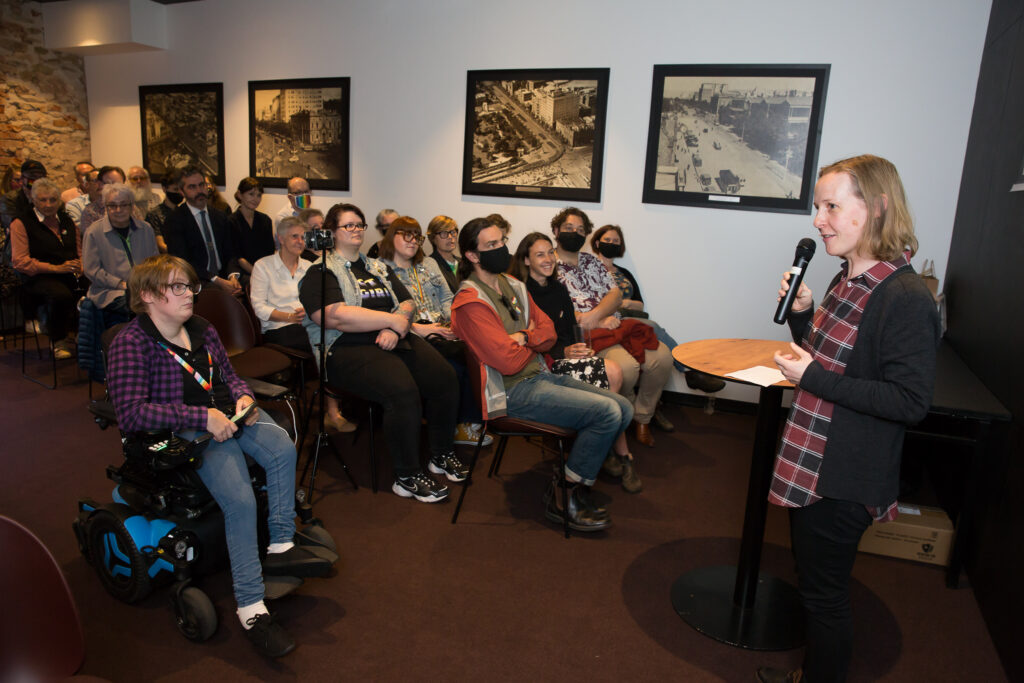 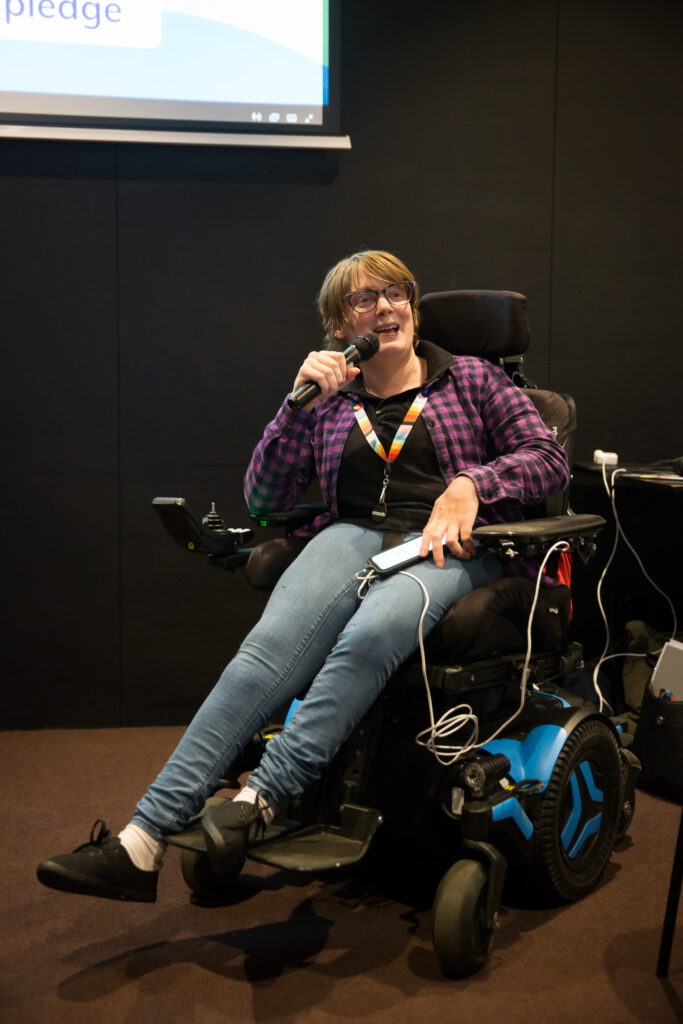 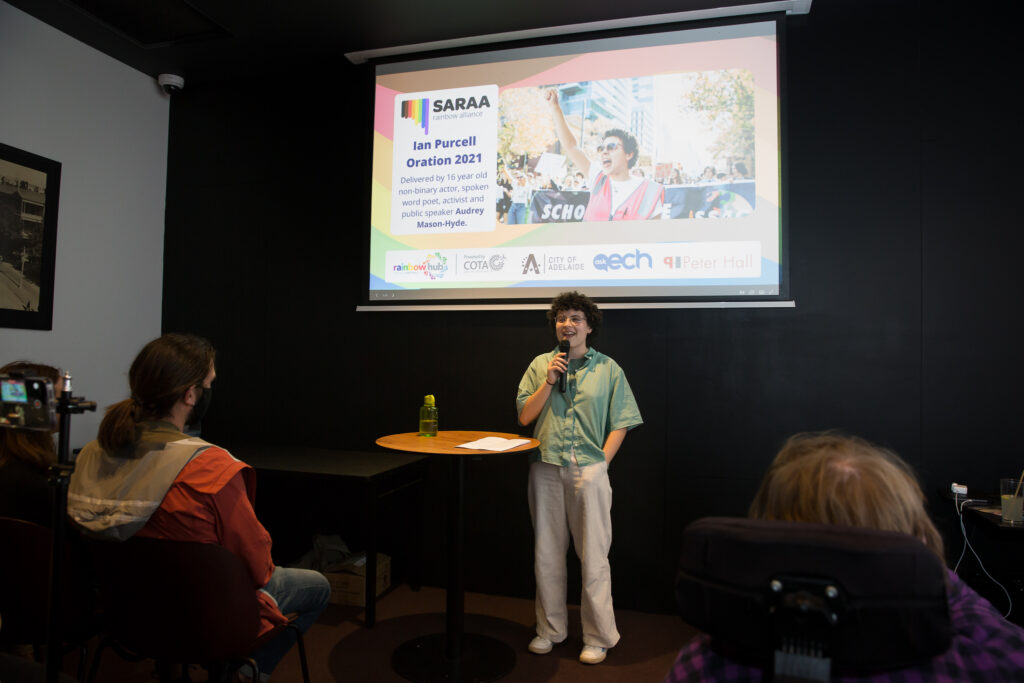 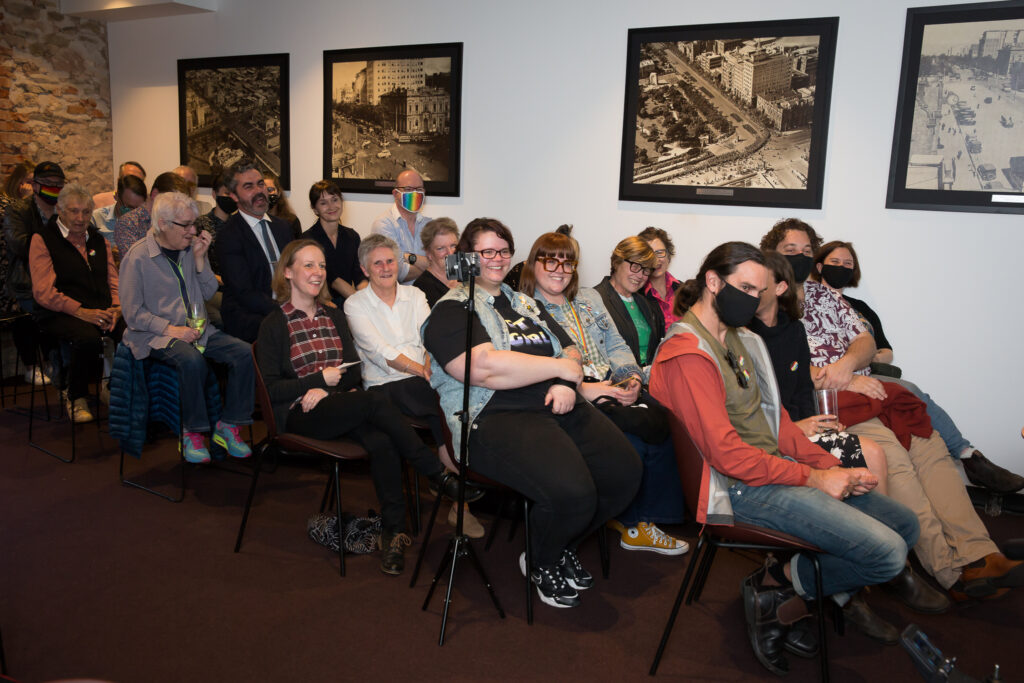 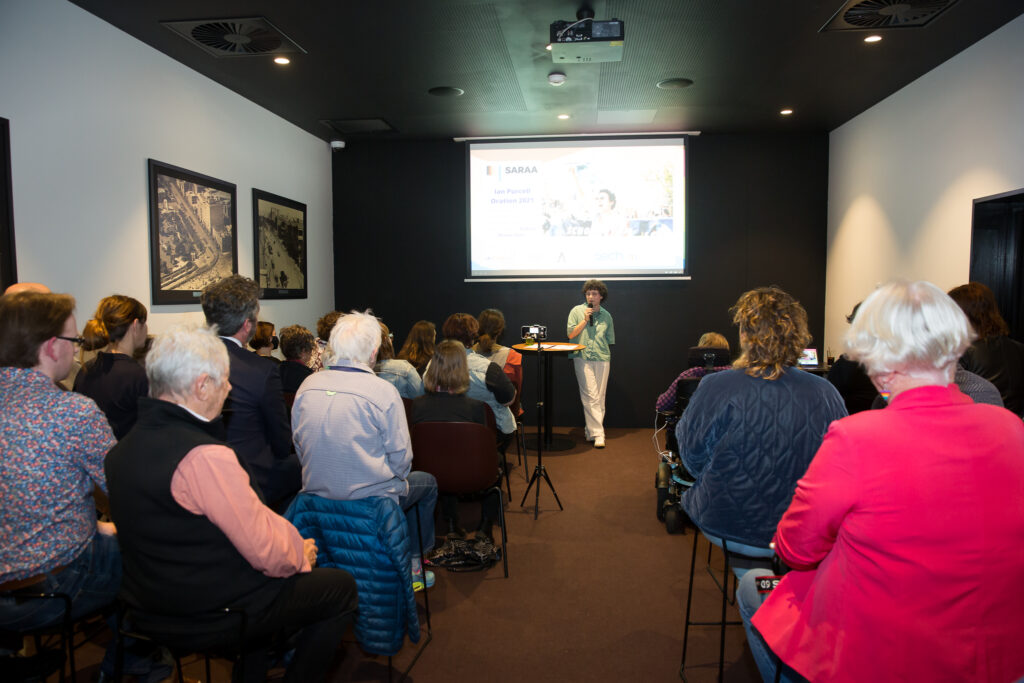 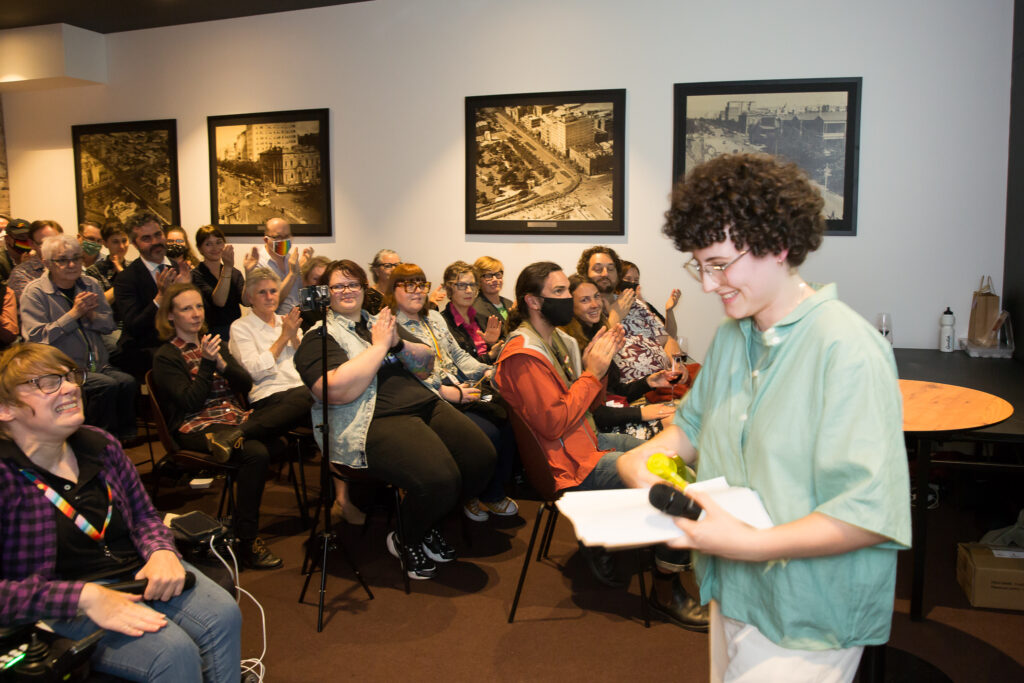 From the Stonewall Riots and first Pride Marches through to Marriage Equality rallies, protests have been a fundamental part of pursuing and protecting LGBTIQA+ rights for generations.

For 2020, Dr Nikki Sullivan, Manager of the History Trust of South Australia’s Centre of Democracy and Adjunct Associate Professor in the School of Humanities at the University of Adelaide, delivered an oration on the importance of protest for our community.

Damien provided a personal account of Aboriginal history, and called on the LGBTIQ+ community to stand in solidarity with Aboriginal and Torres Strait Islander people.

Thanks to Dominic Guerrera for providing a Welcome to Country, Jenny Scott for MCing, and Robyn Lierton for explaining why supporting the LGBTIQ+ community is important for our principal sponsor, ECH.

The importance of being remembered

In an era of mass media we are regularly reminded that everything we put on social media is forever, that we will not be forgotten. But will we be remembered or will a fake news fiction of our lives be created, preserved and promoted as reality? As LGBTIQA+ community members we can choose to be forgotten and for the most part the dominant culture will oblige us, but in so doing are we condemning those who come after us to a life subject to ongoing bigotry? For the 2nd Ian Purcell Oration archivist and friend of Ian Purcell, Jenny Scott, explored our LGBTIQA+ community memory, how it has been lost, how it can in part be recovered, and the importance of being remembered.

A Trans Lesbian Archivist, Jenny is an accredited professional member of the Australian Society of Archivists. She has been an advocate for the rights of Transgender people since coming out in 1993, serving on numerous state based LGBTIQA+ committees and organisations. From 1993 to 2006 Jenny volunteered and worked with Ian Purcell and his husband Stephen Leahy at the Darling House Community Library. In 1997 she joined the staff of State Records and in 2000 the State Library of South Australia. In 2017 Jenny’s name was added to the South Australian Women’s Honour Roll in recognition of her work as a “passionate activist for the LGBTIQ community”.

Brighten up the corner where you are

On 15 November 2017, SARAA held the the inaugural Ian Purcell Oration: “Brighten up the corner where you are”.

Named for one of Ian’s favourite songs, the oration was delivered by his long-time friend and co-activist, Kenton Penley-Miller. Kenton Penley-Miller is a gay man who is well known as the cartoonist for ‘Outrage’ magazine and the creator of ‘Bent at the Knees’. For many years Kenton worked at the AIDS Council of South Australia as the Information and Training Officer for Gay Men’s Health.

Kenton gave a very entertaining oration, speaking to Ian’s political and cultural contribution, touching on the history of South Australian advocacy in the 1970’s and 1980’s. Kenton’s speech recognised the contributions of Ian’s friends and collaborators, many of whom were in the room.

We thank Stephen Leahy for his support of the event, Kenton for a fantastic speech, Jenny Scott for making a photographic record of the Oration, all those who attended or helped to make the evening so memorable. 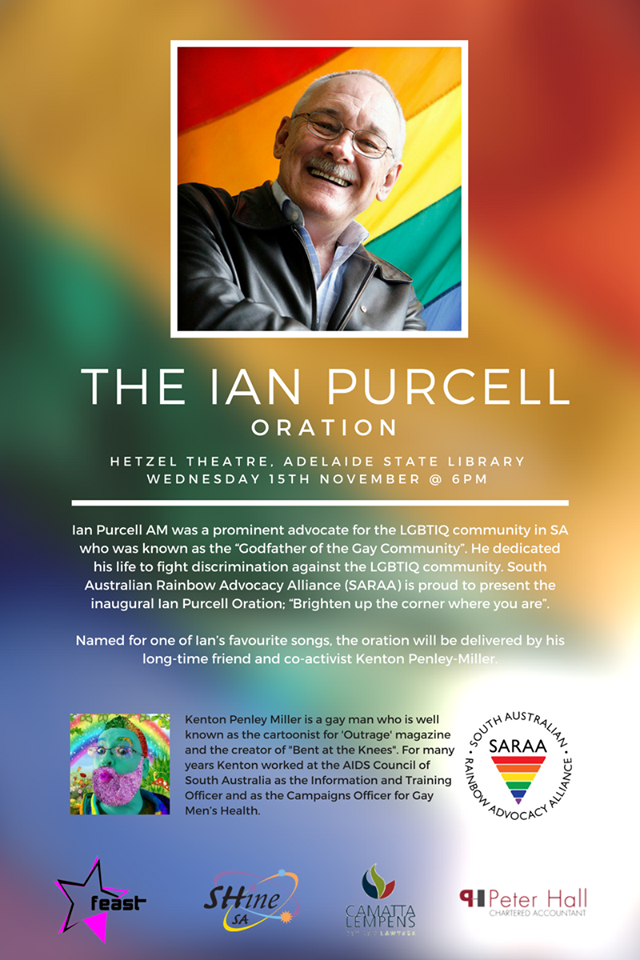 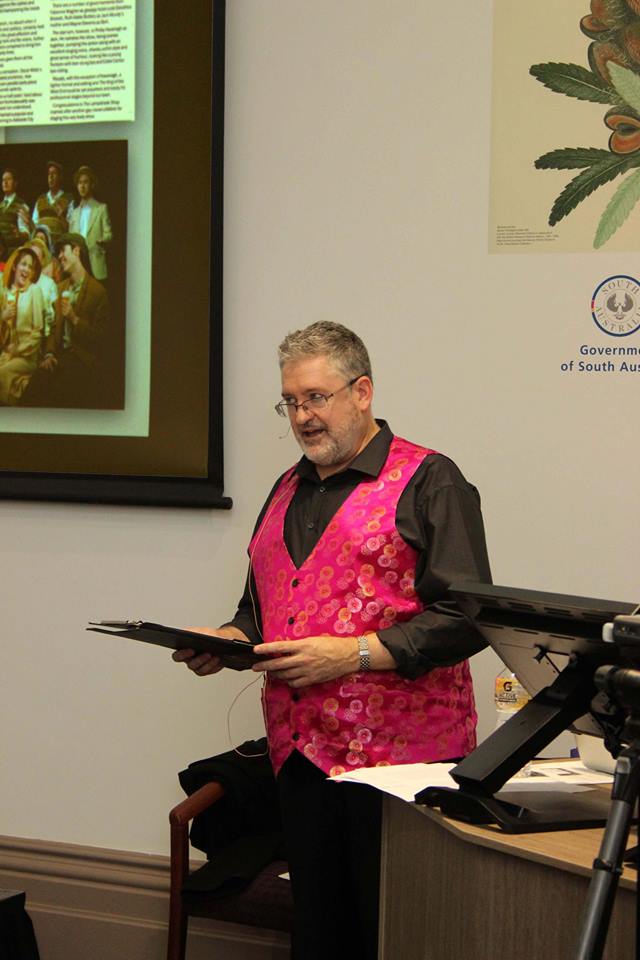