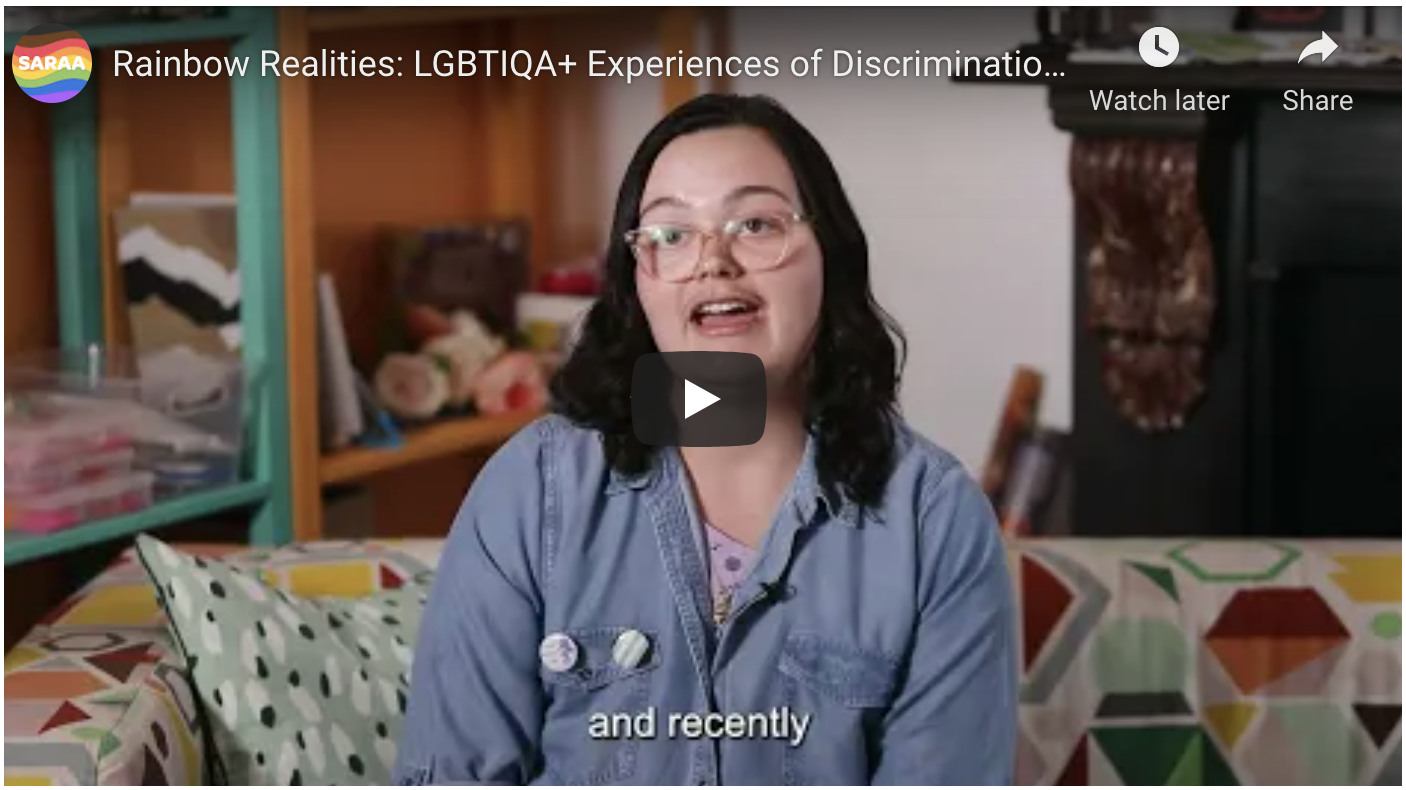 Rainbow Realities is a short film featuring 4 LGBTIQA+ South Australians discussing their lived and living experiences of discrimination and how we can take action against it.

The film has been produced to support conversations about how individuals, organisations, governments and the community as a whole can support the LGBTIQA+ community here in South Australia and more broadly.

By sharing our stories, we invite you to listen, learn and reflect so we can work together to make South Australia a safe and more inclusive place.

The film was released in May 2022 on International Day Against Homophobia, Biphobia, Intersexism and Transphobia (IDAHOBIT). It coincides with and commemorates the 50th anniversary of the murder of Dr George Ian Ogilvie Duncan.

Dr Duncan, a law lecturer at The University of Adelaide, was assaulted and thrown into Karrawirra Parri (The River Torrens) by a group of men believed to be police officers, although the case remains unsolved.

Through the subsequent nationwide public outcry the case became the catalyst for law reform across Australia to decriminalise homosexuality, with South Australia becoming the first State to legislate for full decriminalization in 1975.

While we’ve come so far since this time, Rainbow Realities shows we’ve still got a long way to go.

We want Rainbow Realities to support conversations about LGBTIQA+ discrimination in South Australia and inspire our communities to take action against it.

We’ve created a short discussion guide to help you support you to have conversations about LGBTIQA+ discrimination. Check it out here!

Check out the discussion guide.
Got feedback on the film? Tell us here! 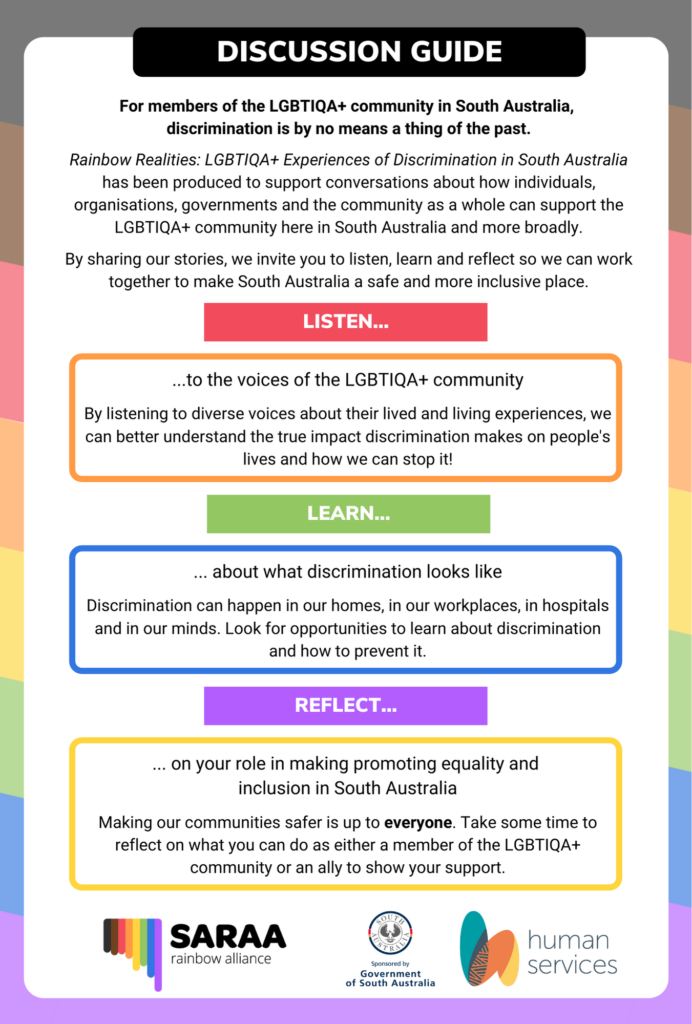 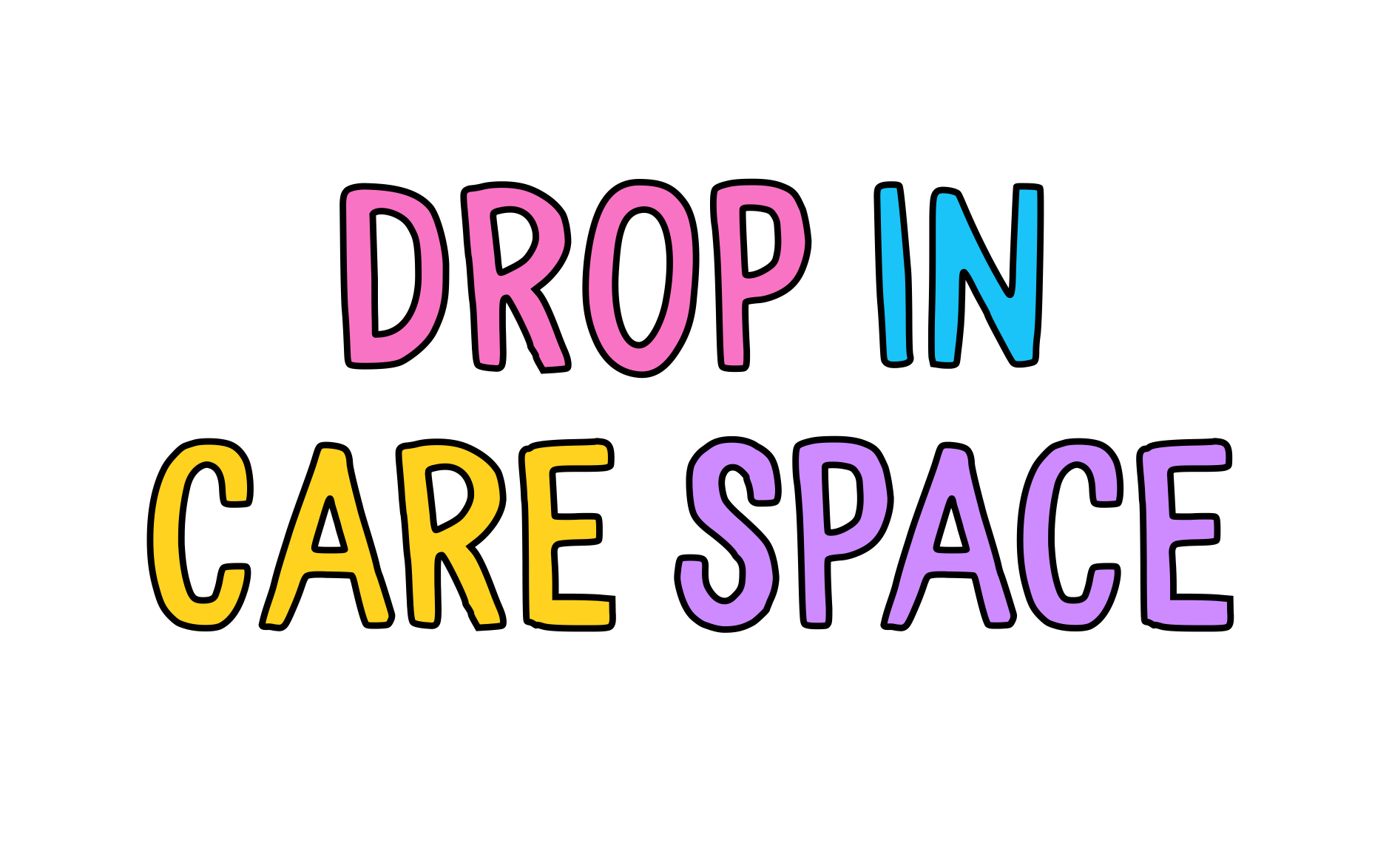 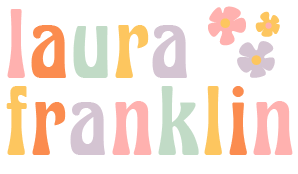 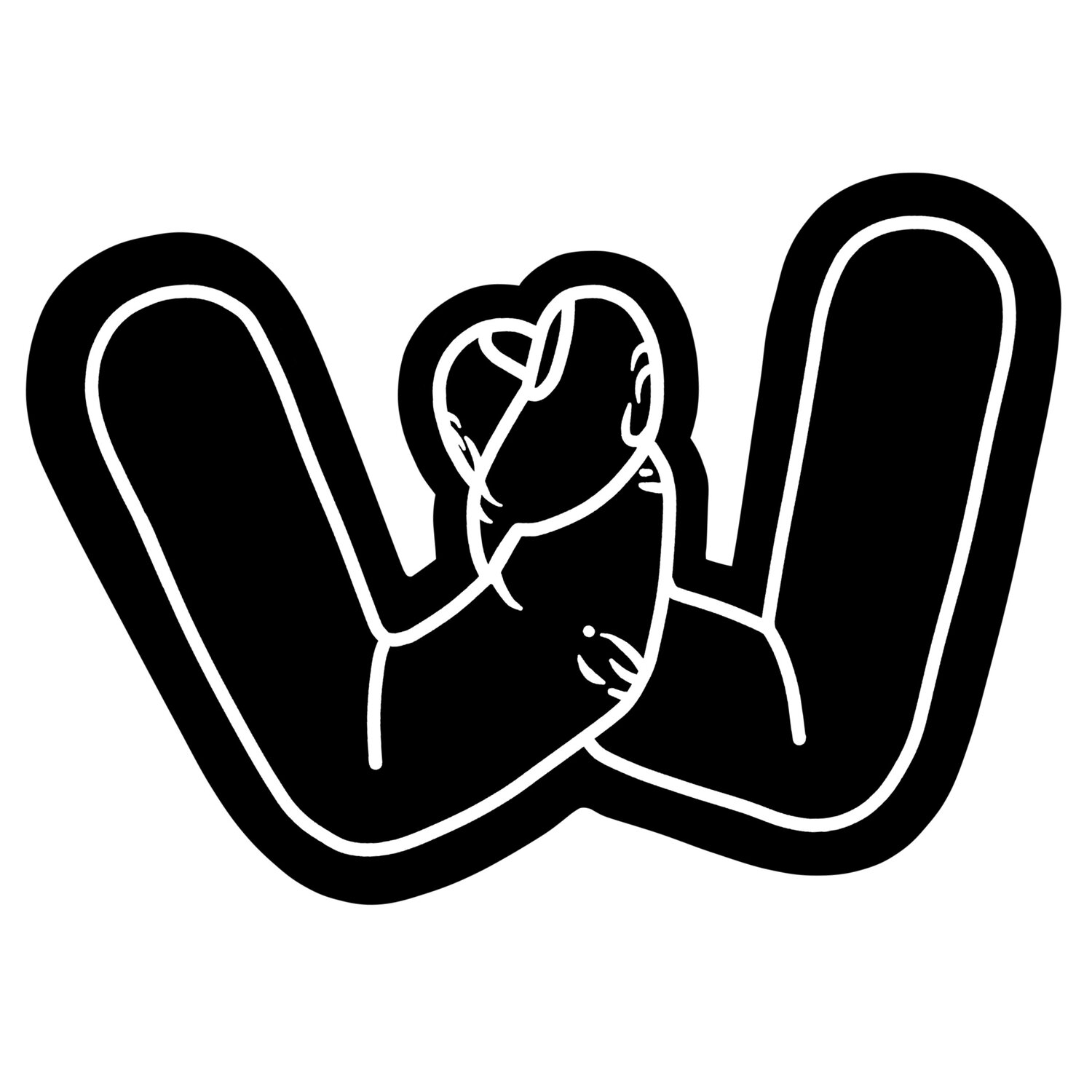