We were proud to advocate, along with thousands of other Australians, for the right of LGBTIQA+ Australians to marry.

2 years on from the Australian Marriage Law Postal Survey, our Chair, Matthew Morris, reflects on the process toward marriage equality: 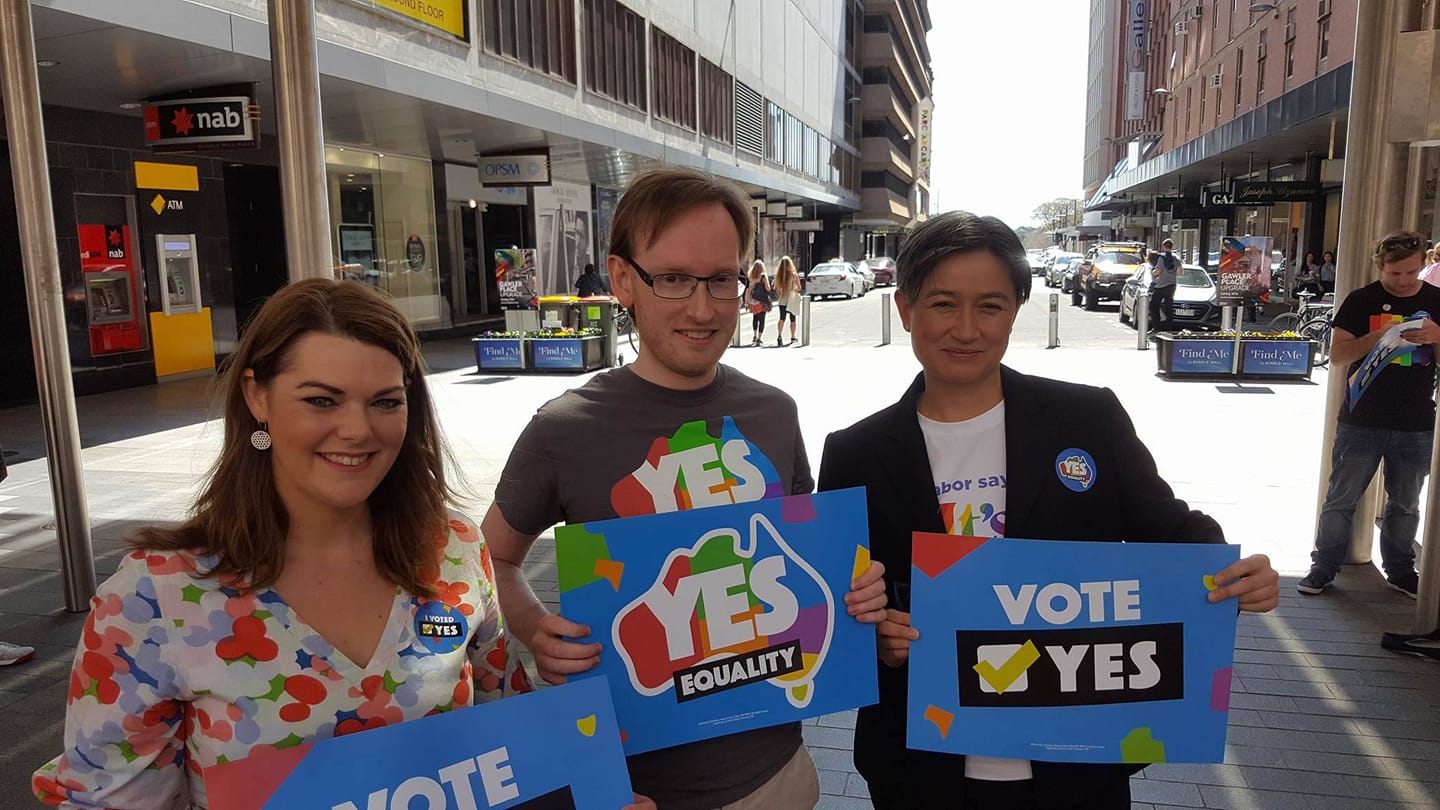 While we on one hand celebrate this historic moment, it is also bittersweet.

This never needed to happen. It could have so easily been resolved by Parliament, but instead it caused so much pain to so many LGBTIQA+ Australians. And now we’re staring down a Religious Discrimination Bill that threatens to unravel anti-discrimination legislation in this country in the name of “religious freedom”.

The marriage equality postal survey was a wake-up call for me. It made me realise how much hate and bigotry there is in Australia. It lit a fire in me and pushed me to become an advocate for the LGBTIQA+ community.

Two years on, I’m proud to now be the chair of SARAA and to be advocating for the rights and wellbeing of our community alongside a group of amazing people both within SARAA and beyond. Some have been fighting the fight for decades, others are new to advocacy. All of us are passionate about safeguarding our community, though.

Together we will fight for the rights of our community both now and into the future, for while we might have marriage equality there is still so much more to be done!”