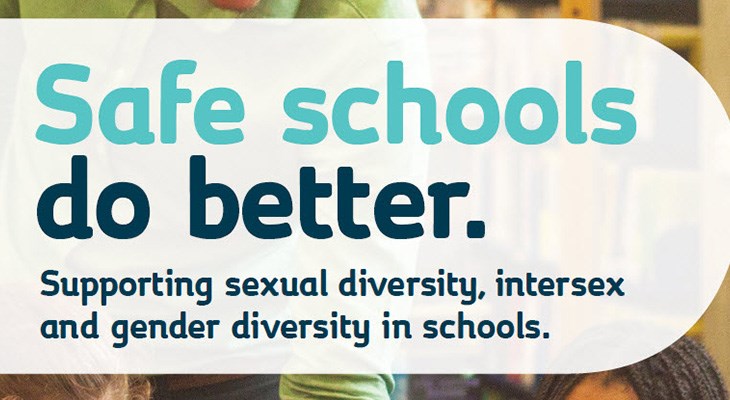 The Safe Schools Program was a national program running from 2013 to 2017 to support teachers and schools who had been seeking assistance to create a more LGBTIQA+ inclusive environment for students and their families.

We wrote to Simon Birmingham, then Minister for Education, to express our thanks for his continued support for the program and express the need for it to continue. The Safe Schools Program ceased in 2017.
Skip back to main navigation